"Biography" Born July 20 1944 in Hollywood California, the son of an amateur & professional ex-champion boxer/salesman from Hell's Kitchen, New York, and an artist from Brighton Beach, Brooklyn New York; Max & Sylvia Goldman are the parents of Richard Goldman who later changed his name to Richard Mann, eventually using Rich Mann and R Mann as creative art names. Both parents where American born, were as the grandparents descended from Russia, Poland, Germany, and England. Raised in both Beverly Hills, Hollywood and later resided at Vista Del Mar Children's Home in West Los Angeles and eventually settling in Venice California for the past 47 amusing years.

After serving in the USNR (Naval Reserves) and upon returning back to civilization I was employed as a lighting technician in the motion picture industry and working with Jack Webb on "Dragnet" for 3 years, later joining the Locals #728 (electricians) and #705 (costumers) unions, eventually art directing commercials for; N. Lee Lacy and associates and working on features with notables such as Von Dutch and numerous others. After experiencing an assortment of jobs and skills along the way, independence from the film industry lead to pursue still photography as a favorite fine art genre. attending Art schools and universities mentored undiscovered personal relationships and experimentations with vital imagery developments. It was clear that these were evolutions of eternal inspirations.

Projects: Worldly Boardwalks (singularly, and as a 9-12 sequential boardwalk compilation), also a series of conceptual images about the current ever evolving digital photographic technologies. 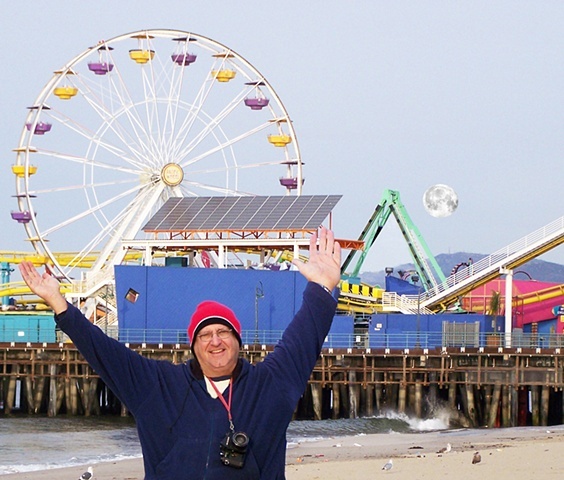