Sgt. Friday's hat was a signature part of his costume. The wardrobe department had multiple copies of the same hat he wore during the show. This sketch was made after the hat he was wearing on the sequence we were filming got misplaced. The whole crew went searching for it. It was discovered that Jack had left it in his car just outside the studio. In the 1920's to the 1940's hats were worn as common fashion accessories of clothing for both genders. On a different note, Jack wore many different hats in the show as a producer, director, and actor. 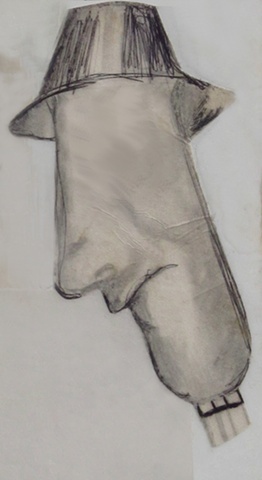