Ben Alexander had an offer to play in another show (Felony Squad) and had many alternative interests and investments as a businessman and decided to leave Dragnet symbolized by the many tentacles resembling his hair. The show's cast and crew adjusted well and resumed productions as usual represented by the eyes in the lower portion of the composition. 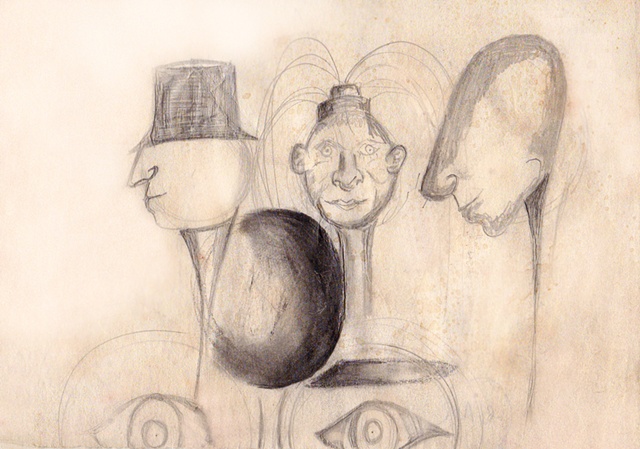 "Changing Of The Guard"
< previous next >