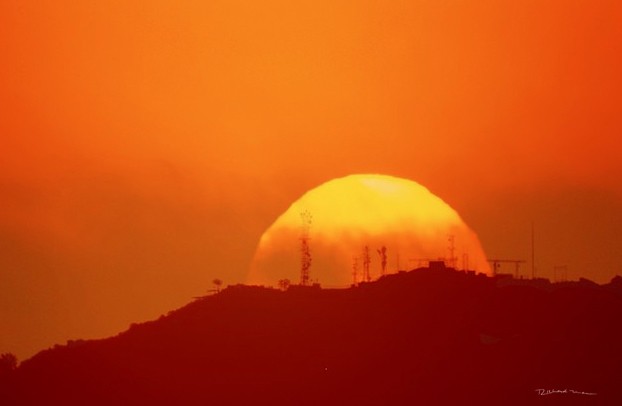 The setting Sun subsides over the Westside Mountains of Los Angeles silhouetting the towers of the former Nike Missile Base and lookout station that once kept an eye on and fortified the immediate environment of Southern California between 1954-1974.

Recorded with a 1,000 mm Meade telescope equipped with a high resolution T3i Canon digital camera, this image juxtaposes the relationship between the Earth, the Sun and the vastness of outer space.