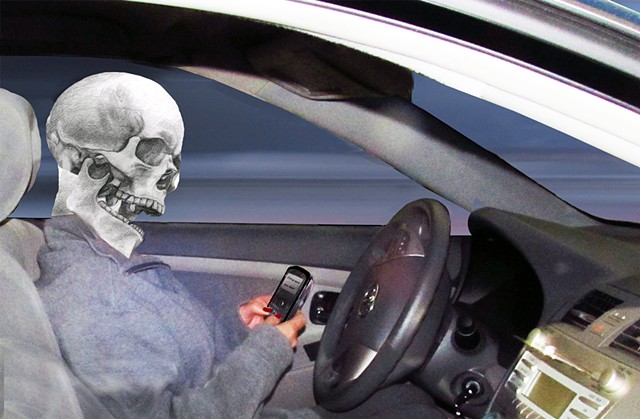 Many cell phone users find that mobile communications are vital contemporary implements for interacting with one and other, whereas some employ them as trendy pacifiers. Anti-technology Luddites resist using them entirely. The almighty cell phone may just create the next subliminal revolution. Is multi-tasking of this nature a social divergence or simply a major necessary means to stay linked in these rapidly proactive-ever changing times?

Popular smart phones can do a multitude of tasks. The internet no longer confines us to stationary land based equipment which enables us to be able to connect to the World Wide Web also known as the "Information Super Highway." Currently most any of the Internet transactions are instantly available by smart phones.

Imagine being able to journey anywhere, photographically record, write, edit, illustrate, author, publish, distribute and be paid rapidly for a digitally created manuscript, all very conveniently performed by finger tips from any location by way of a portable digital Internet connected-computerized cell phone. As we become more robotic, along with everything else, they may just become installed as a common body accessory, as we charge forward into the wave of the future. What a phenomenal period of time we live in!

As I entered an elevator and saw a man alone with his head down looking at his cell-phone, he briefly looked up, saw me gleaming at him and looked back down again. After looking back up again, to break the ice he asked “So, how is you’re day going?" My confessing replied was, “It is iffy.” “He said why iffy?” I said, well, I just avoided a major collision with a distracted motorist using a cell-phone. Speechless he looked back down.

After a momentary lull of silence, this time I broke the ice and stated, “I just discovered a new addicting-social-disease!” He looked up in surprise and cunningly said, “Well that should win a Nobel Prize.” What’s the disease?” I replied, “People using cell-phones” because there are some who dislike those who obsessively abuse them entirely.” He swiftly looked up with a ghost like expression on his face, shoved his cell-phone in his pocket and got off the elevator maybe thinking he was afflicted with the same addictive disease I was revealing.