This sketch was created after another incidence that occurred while working on the set of Dragnet. Jack Webb the producer/director/actor was filming as usual when a slow entering visiting dignitary from Japan came into the sound stage while we were filming. I was routinely sitting on a box sketching away, when the visitors came forward from the back of the stage for a closer look at the action. One of the visitors stepped on a cable attached to a large rolling lamp and it started to teeter toward him. I jumped up and assertively deflected the light away from him. It made a tremendous crash. It might have saved his life. The slightest sound while filming has always been critical. Jack turned around saw what happened then continued to re-shoot the scene. We went about our business. I fetched my check later that week and Jack had included a reward of $500.00 to my paycheck. In those days that was quite a bundle. Jack was the greatest! 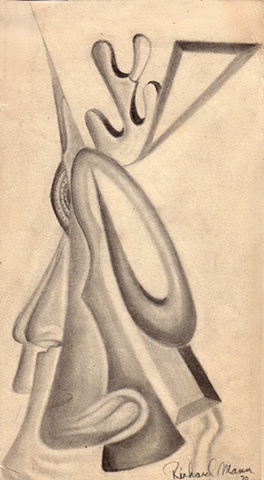