Dressed in a white full-length indian robe at Venice Beach Ca., this new local resident "Baba" photographed here, arrived in Venice during 1975 and I photographed him agaIn thirty-five years later at: . . . rvmann.com/artwork/2566009-Chicago-Baba… 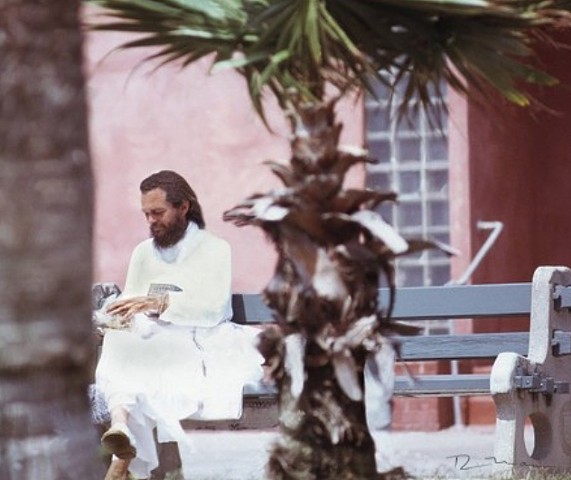 I respected his wishes and always considered him as an iconic being for peace. I knew that when I would visually see him and symbolize by his presence (similar to the good luck feeling after viewing a dolphin at sea) I then realized that The World Wasn’t Going To Hell In A Hand Basket After All and least there was some room for tranquility and redemption.

I've always thought that |Chicago Baba| had a subconsciously profound influence on my creating my “Dreamer” image. rvmann.com/artwork/2505319_Dreamer_Mult?